“The filmmaker passed away calmly, without suffering, surrounded by his most loved ones on the island.”

On June 26, the French filmmaker Alain Deymier died at the age of 65. Even though he had been in poor health for many years, the director died peacefully and without suffering.
Deymier lived on the island, where he had filmed his last projects. The most recent one, “167 días y 4 horas”, premiered on June the 13th in Can Jeroni de Sant Josep.  This last film by the filmmaker is about a young film director and a jazz pianist who live in Ibiza surrounded by their friends. All of them share with him his passion for cinema and music. Julien, the director started off shooting a low-budget film where he decides to have his friends as the cast except one, Sacha, who is a professional actor. As the days passed by, the relation between Sacha and the group was not flourishing. He slowly grew grumpy and even at times violent.
Due to the death of Alain Deymier only thirteen days after the presentation, Adrián Cardona, who also worked on this last film and was his closest collaborator when assembling his works, confirmed that he will finish editing the short film in which they were working these days. 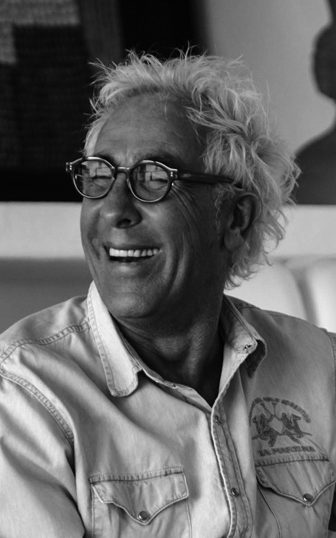 Alain Deymier took his first steps in photography and achieved fame thanks to images which he was to exhibit throughout the world, driven by the pursuit of contemporary beauty and poetry. In 2008 he decided to dedicate himself exclusively to film production. The filmmaker recorded and produced short films in Shanghai (China), Uruguay and Argentina. It was when Alain had the opportunity to follow and make a documentary of the National Dance Company during their shows in the Bolshoi Theatre of Moscow with choreographer Nacho Duato. This documentary called “Dans le Danse” catapulted his career as a director.
Alain Deymier lived and worked in Ibiza for more than 20 years.  The news of his death brought together the film society of the island to accompany the family in the feeling of grief. The actress Silke published in her Facebook profile a message about her pain over the death of the director, with whom she had worked on the film “Bluu, last days of Ibiza”, with a message saying “Alain is gone … Rest in peace angel. Alain parted peacefully and without suffering, just as all who were lucky to get to know him would have wanted. Personally, one of the greatest examples of kindness, generosity and purity. ” Designer Giana Lucarini also wrote: “Today a great friend and a great human being has left us… A grand person, a great artist and an example for all! We will miss you very much Alain Deymier … with all my love. ” Messages around social networks began to appear as the news of his death came across.
As a filmmaker he dedicated his work on the island of Ibiza, and created projects such as “Apasionado”, an art video for the Museum of Contemporary Art (MACE). Therefore, his relatives have confirmed that the ashes of the filmmaker will rest in Ibiza.  «Tireless», «creative», «tender», «kind». There are many qualities that describe Alain Deymier and in honor of this great director. Here from Ibiza Film Office we recommend one of his cinematographic works on the island, Bluu.