Ibiza is a natural paradise with very different landscapes that can inspire multiple stories. At theIbiza Film Commissionwe work to make the island known as a natural set and we also have the duty of discovering and studying who has come to film their stories here. Here is a list of 10 films and short films that have chosen the island of Ibiza as the place to bring their scripts to life.

Spain, at the end of the 1950s, Miguel and Antonio, two single men in their thirties, travel to Ibiza attracted by the sexual myth of European tourists and the illusion of freedom.But, on the island, nothing will be as they expected.

Philippe is a conservative podiatrist in his sixties who, in order to win over his girlfriend’s children, he decides to go on vacation with them to Ibiza. But surrounded by trendy young men and annoying teenagers, Philippe feels like a fish out of water. Ibiza is not at all the laid-back family vacation spot he was hoping for. 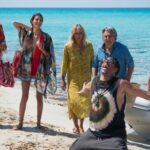 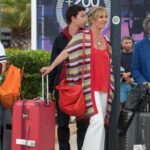 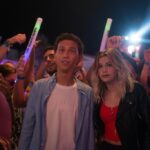 More about A Summer in Ibiza (link to Filmaffinity page).

The day that Ángel spoke with Estrella in that nightclub, his life changed forever. After a fight with Poli, the girl’s possessive boyfriend, he encourages her to join his gang of robbers in Madrid. Ángel begins to quickly to make a lot of robberies that bring to his life black money, shady deals and corrupt lawyers that will lead him to be cornered by Duque, a tireless detective.

Ignoring the advice of his people, Ángel becomes Rogelio’s protégé, one of the guys who controls the city’s black market. With him and Sole, the capo’s daughter, Ángel will discover that the price of power is high and that he will soon have to decide between his future as a robber and the love of his life, Estrella. A journey that began in the dirtiest of suburbs and whose main objective is to reach the highest possible: the sky. 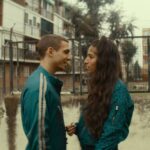 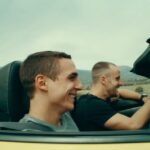 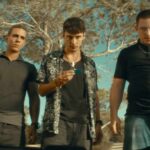 Paul, a famous composer living in Ibiza, is accused of seriously abusing his former partner Irene, whose 18-year-old daughter Lena was present. Fearing a public scandal, Paul convinces his son, Robert, to try to force his victim’s silence. But when the musician seems to be about to achieve his goal, events take an unexpected turn… 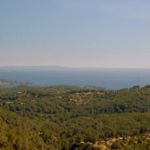 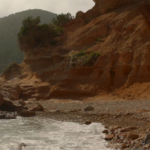 Yo can watch El Buzo on Filmin.

Ibiza, early 90’s. Jo is a 25-year-old songwriter. He has come from Berlin and wants to be part of the emerging electronic music revolution, hopefully by getting a job as a DJ in a nightclub on the island: Amnesia. Martha has been living alone in her beach house for 40 years. One night, Jo knocks on her door. Her loneliness intrigues him. Both will start a friendship as the mysteries around her keep growing. Jo draws her into her world of techno music, Martha begins to question what she has previously experienced. 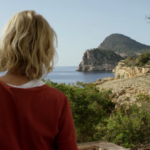 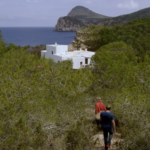 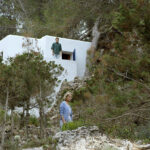 Two pregnant friends meet to have lunch on the beach. What was going to be a nice sunny day turns into a complicated day when one of them starts receiving calls from her office about a problem with a client. 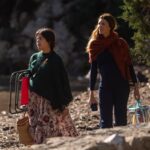 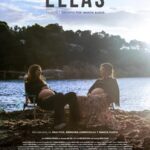 November 1970. Several human bodies appear in a stream in Sant Miquel de Balansat, a small rural town in the north of Ibiza. Sergeant Prats, head of the Spanish Civil Guard in the area, and Corporal Ramírez, his new assistant, arrive at the place where the bodies have appeared. Prats is not particularly surprised by the discovery and reveals to the newcomer Ramírez that the discovery of human bodies has been repeated year after year for two decades. 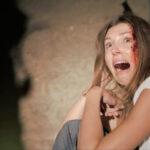 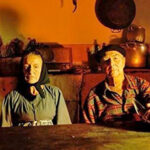 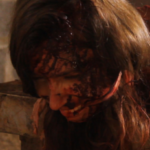 More about All Saint Day Crimes.

Connor, a former DJ, now lives in London until his best friend Dex invites him to Ibizawhere he must rescue him from the dangers of the White Isle. 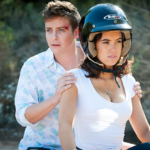 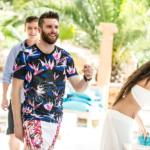 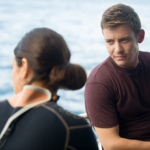 The musician Alterphase (León Convalia), who lives Formentera, is one of the most outstanding exponents of experimental electronics known as IDM. 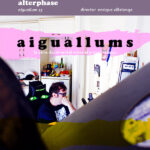 This documentary portrays the Ibiza music scene and the life of “Legendary Ibiza DJ” Jon Sa Trinxa, who dedicated his life to music. 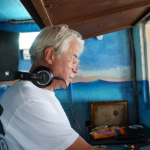 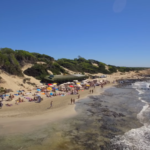 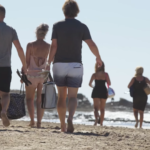 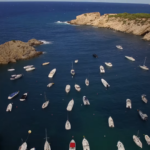 More about Born Balearic on IMDB.

Have you seen any of these titles? And most importantly: had you recognized the landscapes of Ibiza in any of them? Don’t forget to leave your comments below!

Previous Post
MAFIZ AND MIPTV: The new Ibiza Film Commission opens to the international industry at 2 of the main European fairs in the sector
Next Post
A spring of cinema in Ibiza: the IBIZA CINE FEST and IBICINE festivals