MAFIZ AND MIPTV: The new Ibiza Film Commission opens to the international industry at 2 of the main European fairs in the sector 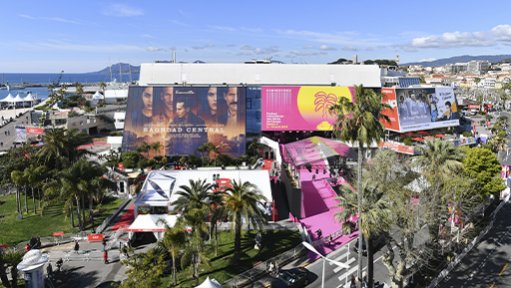 Andreu Fullana, as the new director of the Ibiza Film Commission, has attended the 25th edition of the Malaga Festival

The Ibiza Film Commission has been present at the 25th edition of the Malaga Festival. Andreu Fullana, as director of the entity, has been part of the Balearic stand within the framework of MAFIZ together with other entities from the Balearic sector such as Pauxa Films, Sol Works, CEF Producciones, Palma Pictures and Mallorca Film Commission.

With the aim of making the Ibiza Film Commission known to the industry, both nationally and internationally, and creating synergies with other professionals in the sector, Andreu Fullana has met with different production companies that are interested in shooting on the island. In addition, he has appeared before different agents in the sector, from the Spain Film Commission and its associates, through ICEX, Ibermedia, ICAA, Oficina Media Europa in Spain and Platino-Egeda.

It is also worth mentioning their attendance at the Spain Audiovisual Hub Talk, in which they discussed the lines of action to be followed from the sector and public/private collaboration to promote the audiovisual production pole at a national and international level and provide the industry with the necessary infrastructures.
The agents of the sector at the Balearic level have not missed the opportunity to meet and talk about the strategy they must follow as an Audiovisual Hub at the regional level. MIPTV: The first jump of the Ibiza Film Commission at an international level

After passing through Malaga, the Ibiza Film Commission, on behalf of its director Andreu Fullana, traveled to Cannes to be present at MIPTV, one of the most important television and media fairs in Europe.During the fair, Andreu Fullana met with international producers to publicize the service of the new Ibiza Film Commission. It was also possible to start laying the foundations for collaboration with ICEX and the “Audiovisual From Spain” umbrella. Contact was made with the Galician industry and different future fronts were discussed, such as the development of co-productions between Galicia and the island of Ibiza (Balearic Islands).

In the words of Fullana, “the balance has been very positive since we have positioned ourselves as a valid agent within the audiovisual sector. We also know that all the work carried out in these industrial events must be accompanied by the desire for public/private collaboration. Now we must continue to publicize the island of Ibiza as a location for filming and at the same time generate attraction in other aspects so that national and international production companies come to shoot here. We must defend from competitive prices and the facilities of filming permits to the supply of facilities necessary to carry out the productions”.