A spring of cinema in Ibiza: the IBIZA CINE FEST and IBICINE festivals 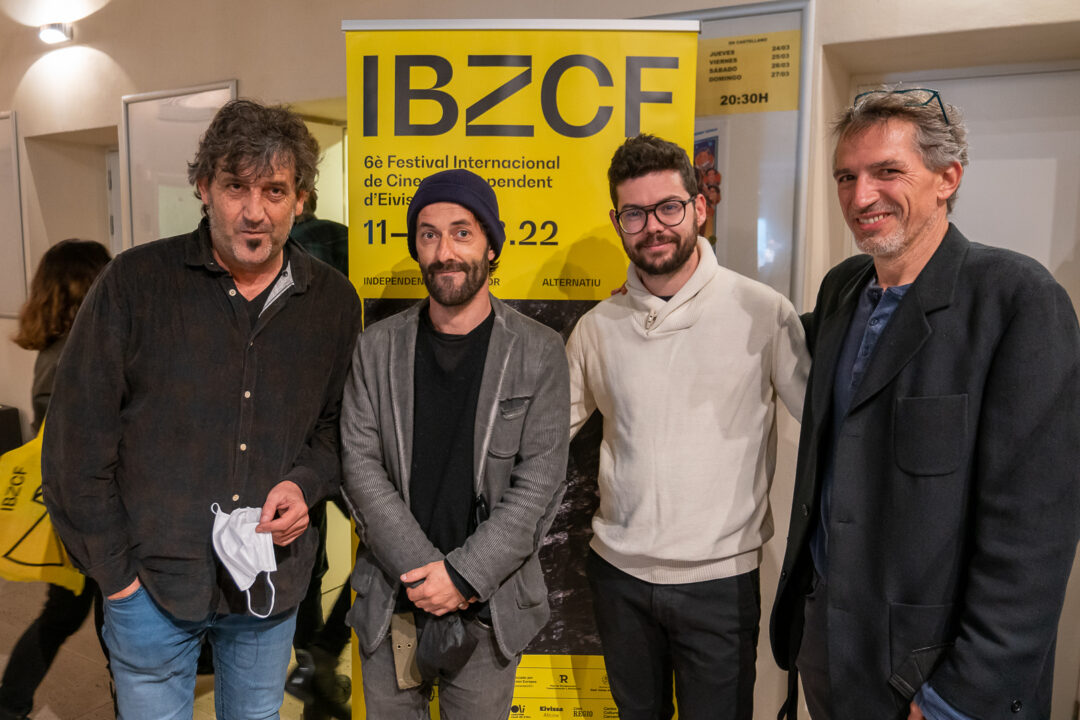 The Ibizan spring welcomes the new editions of the island’s most important film festivals: first, the IBIZA CINE FEST, and, a little later, IBICINE.

In addition to sharing their desire to create and build industry on the island of Ibiza, they also share that they are two very young festivals, born only six and five years ago, respectively.

Do you want to know them up close? The Ibiza Film Commission has been present at both editions this year, so we can tell you about it first-hand. Just keep reading! At the Ibiza International Independent Film Festival (IBIZA CINE FEST), in the words of its director, Xavi Herrero, “we believe in committed auteur films, with the necessary points of view, that can move in substance and form to the margins of the norms of commercial cinema, with total creative freedom”.

IBIZA CINE FEST is the island’s independent and auteur film festival par excellence and has two main objectives: on the one hand, to bring the bravest and most cryptic auteur cinema to Ibiza, and, on the other hand, to bring independent cinema that will be projected in the cinemas of the peninsula but that normally never reaches islands like Ibiza.

After having to adapt to the pandemic in 2021 and so organize a 5th online edition with the support of Filmin, in this year 2022, for its 6th edition, IBIZA CINE FEST has returned to a face-to-face edition, presenting and screening 105 films more or less from 30 nationalities different. The sessions and the different activities have been carried out in up to 6 spaces on the island, located between the 5 municipalities of the same.

Under the motto “if you don’t get to Ibiza… Filmin”, the platform joins the Festival again, organizing different online activities for all those, as they say, who couldn’t travel to Ibiza: “Filmin continues to be essential for us, giving the possibility of have spectators throughout Spain”. In addition, Fullana was also present at various activities, such as the presentation of the Europa Media Creativa project, led by Álex Navarro, and the screening ofVivir sin País, the documentaryby PAUXA FILMS, an Ibizan production company.

If at IBIZA CINE FEST everything revolves around independent cinema, at IBICINE the protagonist is the short film. In fact, IBICINE turns out to be one of the only festivals that is entirely dedicated to awarding short film projects for the different categories that exist in the commercial industry, and for which feature films are usually awarded.

This festival owes its name to the association from which it was born and has been organized ever since: Ibicine Cinematographic Association of Ibiza (IACI) is an association that was created “out of the need to promote local, national and international cinema on the island of Ibiza”. At the head of its direction is the Ibizan filmmaker Helher Escribano, who was also the driving force behind its birth in 2017.

IBICINE was born with the premise of giving the island of IBIZA a “cultural visibility” that goes beyond the popularity of its beaches and its “fiesta”. One of its main objectives is to turn the island of Ibiza into “a strategic point and an essential annual event for the film sector”.

With only 5 editions, IBICINE has already received relevant awards. In its Movie Travel film tourism routes, UNESCO recognizes IBICINE as the Festival representative of Spain. Furthermore, it has received the Business Excellence Awards from Acquisition International magazine for Best Festival in the Balearic Islands.

To date, IBICINE has awarded approximately more than 80 awards. Its statuette, designed by Andrés Herráez, honors the Phoenician goddess Astarte, depicting her gaze on celluloid, “as a metaphor for the stories to which the magic of cinema gives life.”

Parallel to the delivery of these awards, IBICINE organizes different activities, such as pitchings, conferences, round tables, workshops, courses, etc. with the aim of generating networking between professionals and companies in the sector at a local, national and international level in which, in this 2022 edition, the Ibiza Film Commission has been very present. On Monday April 18th, at the Hotel ME Ibiza in Santa Eulália, there was a presentation by the Ibiza Film Commission led by the journalist Raúl Ortiz, who interviewed the director of the same, Andreu Fullana, to reveal the objectives and aims of this new stage of the organization. Next, Andreu Fullana participated together with Teresa Azcona, General Director of the Spain Film Commission, in a conference on Film Tourism.