The Legacy of Antonio Isasi-Isasmendi

If there is one thing we should mention about Antonio Isasi-Isasmendi –besides his undeniable worth as a film director and producer– is that he was the best exporter of Spanish action cinema to the world. He is and will be remembered for his fabulous productions, for a long trajectory that covered diverse cinematographic genres and for being a key figure in making Spanish thrillers known worldwide. We could say that, thanks to him Spanish cinema began to take on a leading role, with prestigious actors and actresses that participated in his films and international productions distributed around the world by major companies such as Warner Bros, Columbia or Embassy.
Moreover, he also had a strong bond with Ibiza: He first visited the island as a child, accompanied by his parents. He never stopped visiting Ibiza, until he finally retired and moved to his beloved island, where he is very appreciated and fondly remembered. Later on, we will tell you all about the exhibition dedicated to his career that can currently be visited in Sa Nostra Sala. 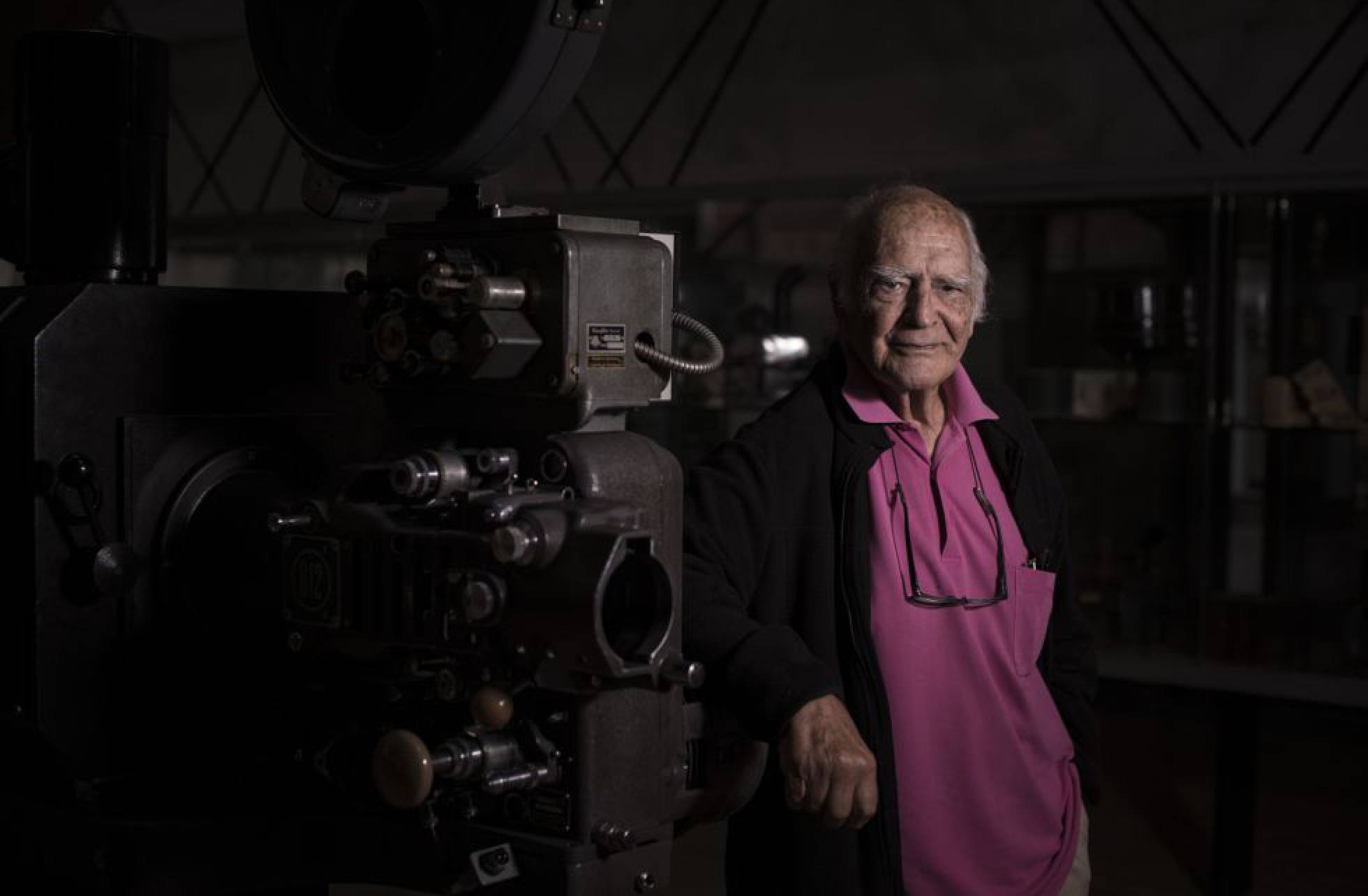 Beginnings are never easy, and the filmmaker wasn’t an exception. He was born in Madrid in 1927 but grew up in Barcelona. At the age of 12, towards the end of the Spanish Civil War, he sold candies and chocolates near cinemas… He never attended school; his mother was an actress and he accompanied her to the local performances held in the villages. He suffered hunger and hardship, as he stated in some interviews. In addition to being a giant in the audiovisual world, he also wrote some books in which he narrated details of his life. Some examples are his autobiography “Los días grises. La memoria de un niño de la Guerra Civil”; as well as in his “Memorias tras la cámara” —books in which he portrays his relationship with his mother as well as his successes and failures as a film director.
At the age of thirteen, he began his work in cinema as a child actor dubbing Freddie Bartholomew in, “El pequeño Lord” among others. He also worked in the studios “Voz de España” in Barcelona. There he would work in the editing rooms, becoming, in a short period, one of the best editors at the time. This was mainly due to his ability to rectify errors in the shooting with his peculiar way of solving problems in the takes.
He worked for geniuses such as Edgar Neville, Rovira Beleta or the Mihura brothers, prepared scripts, directed short films, was head of production and, finally, in 1954 he directed his first feature film, “Relato policíaco”. Already in 1956 with a huge amount of effort, he founded his own production company Producciones Isasi, with his own shooting studios, under which he made most of his films.
We can divide Isasi’s film career in two different stages. The first, which began with the shooting of the film, “La huida” (1955), is characterized by the making of a series of police and action films which were strictly national in their production and exploitation. In this period he directed movies like,”Pasión bajo el sol, un drama rural” (1956), “Rapsodia de sangre” (1957), “Diego Corrientes” (1959), “La mentira tiene cabellos rojos” (1960), “Tierra de todos” (1961) and “Vamos a contar mentiras” (1962)- an adaptation of Alfonso Paso’s work.
The second stage began in 1963 with the film “La mascara de Scaramouche”. This was the international phase of his career, in which he produced expensive films, worked with international stars and his cinematographic works were distributed all around the world. From this period, we can recall films like, “Estambul 65”, distributed by Columbia; “Las Vegas 500 milliones!” bought by Warner, and “Un verano para matar” (1972). With them he won important awards not only in the technical and critics categories, but also broke records at the box office. In this way he managed to create an international Spanish cinema, with some of his films premiering in sixty showings in New York cinemas and others translated into thirteen different languages for worldwide diffusion.

Other works by Isasi include the 1974 documentary, “Rafael en Raphael” and the 1977 film, “El perro”, an adaptation of Alberto Vázquez Figueroa’s novel. After a long hiatus, in 1985 he produced the television series “Goya”, and three years later he said goodbye to film directing with “El aire de un crimen” (1988) based on the novel by Juan Benet. Since 1988, he retired and lived in Ibiza, helping young artists on the island in their audiovisual journey and always sharing his experience with great kindness.
In 2000, he received the Goya de Honor for his entire artistic career. However, countless prizes have been awarded for his work such as 7 National prizes for Best Film, Best Director (equivalent to today’s Goya), 4 Círculo de Escritores Cinematográficos, 5 Sant Jordi de la Crítica de Barcelona and 3 Ciudad de Barcelona. He was also awarded the Gold Medal by the Spanish Academy of Cinematographic Arts and Sciences and has been payed numerous tributes, such as the exhibition we mentioned above, which is currently open in Ibiza.
It’s very difficult to put in words what Antonio Isasi-Isasmendi meant for the Spanish cinema and what he achieved thanks to his talent and work, so we could have a spot in the international scene.
That’s why, he’ll be remembered as an undisputed figure in the world of cinema at every level and with special affection on behalf of all the people of Ibiza who were lucky enough to enjoy his presence on the island for over 30 years.
“Isasi-Isasmendi in 3D : A filmmaker around the world”
From Ibiza Film Office, we strongly recommend that you stop by this unique exhibition organized by the Consell d’Eivissa at Sa Nostra Sala (carrer Aragó, 17, Eivissa) open until May 17th.

In the exhibition, objects and documents that were in the hands of the filmmaker’s own family or in the production company’s warehouse are exhibited, as well as some prizes awarded to the director.
You can enjoy material from the shootings, videos, posters and other items related to his films, as well as souvenirs and personal belongings. It also has a small cinema where fragments of several of his movies are projected.
On May 9th at 20:00h, there will be a round table, “En torno a la cinematografía de Antonio Isasi-Isasmendi “, we encourage you to participate because it will undoubtedly be a great opportunity to learn a little more about the work of this great cinema master.

Previous Post
This Post Looks Beautiful even with Long Interesting Title
Next Post
“Moonface. A woman at war”, the chronicle of a pioneer woman in war photography.