Günter Schwaiger‘s full-lenght filmed entirely in Ibiza.The Austrian director taken root in Spain, has filmed his first full-lenght film fiction, The diver. The tape was recorded entirely in Ibiza and it is led by Álex Brendemühl and the Austrian actress Franziska Weisz. The work is inspired in Schwaiger’s documentary Marta’s suitcase, and machist treats on violence, putting also the area in the victims on whom less one speaks: the children.

Günter Schwaiger is a member of EFA (European Film Academy), Academy of Cinema of Austria and of the Academy of Cinema of Spain. Born in Neumarkt-Salzburg, Austria and bought property in Spain from the 90s. Seminci of Valladolid gained in 2007 the First Prize of the section Time of History of 52 º with his documentary Hafner’s paradise. In 2009 he releases Sand, his acclaimed documentary on bullfighting in the International Festival of Vienna, Viennale. In August, 2011 World Film releases the Montreal Festival his documentary musical Ibiza west that then was selected to compete in the IDFA of Amsterdam. In 2012-2013 he produces and directs Marta’s suitcase, on violence of genre with the one that achieves wide repercussion and recognition in Spain and abroad.

“During the work in Marta’s suitcase I could know also to sons and daughters of affected women and realized that they were facing her traumatic experience of very different form. Some were confronting it very openly, and others nevertheless sheltered in the introspection, the pain and the silence”, it points At Schwaiger to refer to some of the axes of this history in key of thriller.

The filming (in Spanish and German) developed in Ibiza for 5 weeks. In the team we find David Azcano as head cameraman, Cristina Guisado as art director, Majo Cardona as production manager and Martin Eller -close to the own Schwaiger- as mounting block.

Unfortunately the number of aggressions and dead men goes in increase every year without one reacts adequately. Many people still try to reduce the problem to marginal sectors of the society, to underdeveloped countries or to the emigration. But the violence of genre knows neither borders nor social classes. The violence of kind genre is a universal problem.
This movie proposes to contribute another grain of sand in the fight against this blight, with the intention of arousing to the society, breaking cliches and prejudices and inviting the spectators to the reflection.
The Spanish Alex Brendemühl heads the distribution of  “The diver”, début in the dramatic cinema of Günter Schwaiger, prestigious Austrian documentary maker.
Machist inspires in a real case gathered in his film on the violence Marta’s suitcase, coproduced for ORF, the public television of Austria and RTVE. ” It will put special emphasis in the children who turn into victims of the domestic violence and their fight to overcome the traumas that this generates them”, comments Schwaiger.


Paul, a famous composer who lives in Ibiza, is accused of having ill-treated seriously his ex-companion Irene, whose daughter Lena she was present in everything. For fear of a public scandal Paul manipulates his own son Roberto to try to force the silence of his victim. When the musician seems to be on the verge of obtaining his intention the events take an unexpected draft.

Report of the director Günter Schwaiger

Intentions
I’ve been investigating on the topic of the violence of genre in Spain and Europe since 4 years ago, since I rolled my documentary movie MARTA’S SUITCASE, used by many institutions in different countries in the fight against the violence machist.

About the place of filming: Ibiza

The violence of genre not only happens in the neighborhoods of the suburbs of the big cities or between families of emigrants. It is possible to give even in a place so favoured as Ibiza, between a high-level community economically as that of German speech and between very educated people who for their education raised supposedly are immune against similar behavior. It is fundamental to break the cliches brings over of the origin of the violence of genre to call the attention on the universality of the problem. We want to show Ibiza as a cosmopolitan, tolerant, beautiful and exceptional place but that faces the same problems that all the rest when it is a question of overcoming to a blight that too much time has hidden itself.

Julia Richter         LENA
Dominic Singer    ROBERT
Alex Brendemühl  PAUL
Franziska Weiss   IRENE
Technical team The technical and artistic team is shaped for Austrian and Spanish. For the filming we use the maximum number of collaborators in Ibiza.

Produced on Günter Schwaiger Film Produktion and Extra Film, with services of production offered by Mosolov-P S.L., Günter Schwaiger takes charge of the script and the direction(address). Filmladen takes the sales. 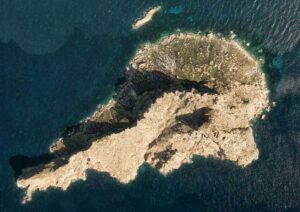