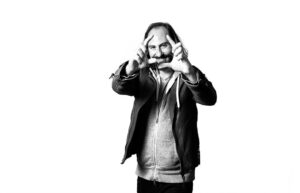 Enrique Villalonga presents three new documentaries of the series on artists of Ibiza.

The director Enrique Villalonga presents in Vila three new chapters of the series of documentary shorts, “Aiguallums” dedicated to the creations of three artists artists pitiusos and directed by Enrique Villalonga with his producer, Filmótica:

Alterphase is the name of war of León Convalia, sound technician of Formentera, who has edited several discs on which it experiments they are electronic sounds inside the style known as Intellingence Dance Music (IDM) or Brain Dance. Convalia is one of the producers most distinguished from Spain inside these styles.

Lula Martins is a painter and sculptor of Brazilian resident origin in Ibiza from the 70, with a parenthesis neoyorkino between 1982 and 1985. The short documentary was rolled during a workshop that carried out in his last exhibition in the Faro of ses Sant Antoni’s Coves Blanques, last September, and he centres on the creation of a collector’s book.

For his part, Toni Planells is an artist who moves among the photography, the drawing and the illustration. The documentary centres on the creation of a solarigrafía, a photography without camera and using the solar light. He is the one that went more time of filming, because it begins when he leaves the machine, in December, 2016, continues when he gathers her, in June, 2017, and the interview is done the same January.
Villalonga has intensified the production of ‘Aiguallums’ during the last months and only last winter rolled about 15, though not they all are finished. Between them there are names as Pedro Asensio, Joanna Hruby, Xavi Herrero, Adrián Cardona, Nourathar Studio, Joan F. Ribas, Mariano Torres or Carloandrés, from plastic artists, to musicians or filmmakers. ” We try to touch all the arts – assures Villalonga-. The easiest thing is plastic artists find, but the worry and the challenge is to look for creators in other arts, and it does not try of doing a list of the best “.

The documentaries last between 10 and 15 minutes, except ‘Elartesinh’, on the social sculpture that one installed in the square of the Cetis elaborated by users of Cáritas and pupils of the Escola d’Arts, under the direction of the teacher Augusto Moreno. ” It is more special that we have done and lasts 34 minutes, because he did not know where to cut “, Villalonga laughs.
The project was born in 2007, after the documentary that Villalonga rolled on Erwin Bechtold. In 2012 he recovered the idea of doing short documentaries on from Ibiza creators, with Josep Rosales and Romanie, and in 2015 with Diego Picabea, and from 2017 more artists have been entering many, up to the 25 that already he has finished. 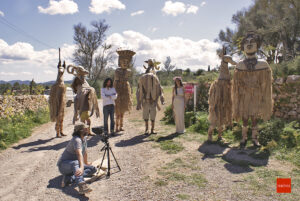 The audio-visual producer of IbizaFilmótica has begun the filming of a promotional video for the company of puppets Theatre of the Ancients.
The filming began on Sunday, the 8th of April in  Sant Llorenç de Balàfia, where the títeteres met (Tanit, Deméter, two hound ones and two goats) created by the artist Joanna Hruby, person in charge of Theatre of the Ancients, for escenificar it tells the history of a of the own artist, called ‘ Return to the Wells ‘.
The promotional video is directed by the from Ibiza filmmaker Enrique Villalonga and in him(it) there took part some components of the theatrical company. The filming will continue next days.
Filmótica is an audio-visual producer with headquarters in the island of Ibiza created by Enrique Villalonga.
They are busy with elaborating an artistic and technical script, with drawing a storyboard, with realizing castings, of the contracting of the technical team, of the filming, of the edition, postproduction of image and sound, as well as of the design and promotion of the audio-visual project.
Filmótica’s works have taken part in international festivals of cinema and have collaborated with institutions, companies and individuals.
They have realized shorts, documentaries and advertising videos.
To promote the from Ibiza culture is his purpose. For this motive they have collaborated with artists of the island helping to spread his works. Also they want to emphasize the enormous audio-visual file of Ibiza across a constant work of research.

Enrique Villalonga rolls the birth of a piece of art 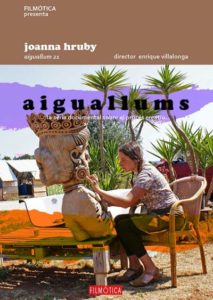 Many we are those that we enjoy observing a good picture, but very small the privileged ones that have occasion to be present at the birth of the work of art. The director of cinema and cinematographic critic of Nou Diari Enrique Vilallonga allows us with his series ‘Aiguallums’ that us convirtamos in voyeurs of several artists of the island, to accede to the eye of the lock that opens the door of his study to observe how an artist prepares his creation.
‘Aiguallums’, produced by Filmótica, it is a documentary series on the artists’ creative process of the Pitiüses. Villalonga makes clear that the origin of these documentaries arose in 2007 and Erwin Bechtold was the artist chosen for his first chapter. Nevertheless, this first delivery, in which there took part the journalist Laura Ferrer Arambarri, turned into an independent qualified work ‘ Erwin Bechtold, retrat d’un artist ‘, a documentary of an hour that was selected in 2009 as a work emphasized inside the Festival of International Cinema of Valladolid.
‘ A work of art never finishes, only he gives up ‘, or at least this way he was thinking it Leonardo da Vinci. If it had reason, thanks to Enrique Villalonga we will have occasion to be witnesses of this abandon and of the process to the complete one that turns a fabric, a simple union of fibers, into art.

We might conclude with a simple phrase that he would include everything and that it would give sense to this article: Three Enrique Villalonga’s passions are the cinema, the art and the island. These three concepts are reflected perfectly across the brand of his producer, Filmótica.
The transparency and coherence in the communication of any company is fundamental. A mark has to transmit, to report and to demonstrate his raison d’être, his essence and that one that makes it unique.
” Filmótica is an audio-visual producer who seeks to materialize different offers related to the audio-visual sector in Ibiza “
Filmótica is positioned as a producer bought property and worried by Ibiza, its culture, its art, its society … On having visited his web we can discover an interesting section: Audio-visual Ibiza. In it, Enrique publishes information about the world of the cinema in Ibiza, texts and images based on a research that began in 2010.Filmótica will continue with the presentation of the next Aiguallums in Daily Club of Ibiza up to completing the series. It is more, it is possible that shortly the documentary series is projected in the colleges and institutes of the island.
In Enrique’s words ” One of the characteristics that more me please the Aiguallums is how it appears the time in every documentary”.

The son of the taxidermist, from documentary to fiction. 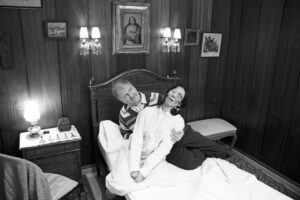 One of the works that went out to the light and that shows his more personal facet is the short ” The son of the taxidermist “, with the fascinating interpretation of the from Ibiza actor Juanjo Torres.
After so much documentary and work of research, Villalonga dared with this work of terror. Removed from the typical gore or bloody cinema, his sexual and violent content is not explicit, nonetheless, he manages to affect the spectator making it immersed in an interesting reflection.
Close to the Aiguallums, this masterpiece has been presented in Barcelona, in the gallery of Mutual art.
We hope that this small great producer of Ibiza manages to come very far and to spread to four winds the whole art that the island has to show to the world. 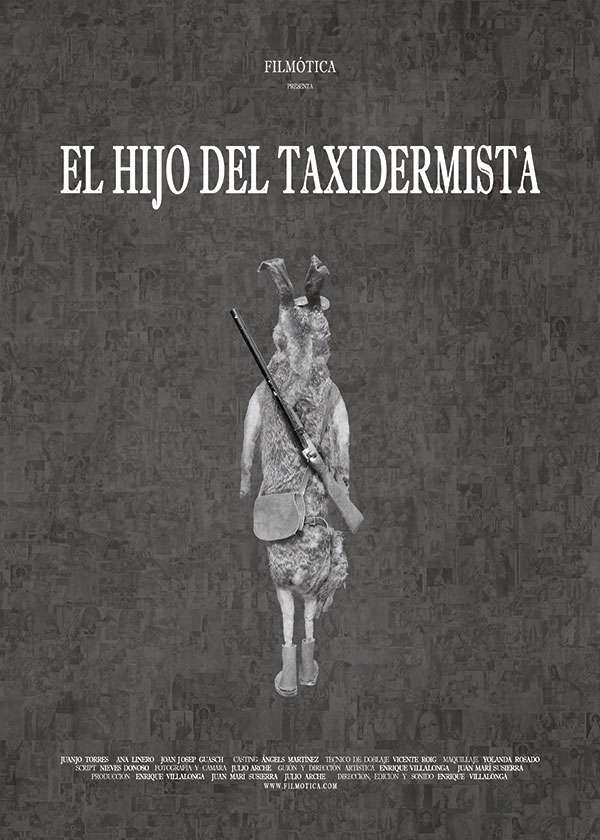