The audiovisual sector has a strong influence on the development of society, not only because of its cultural, social and political influence, but also because of its size. 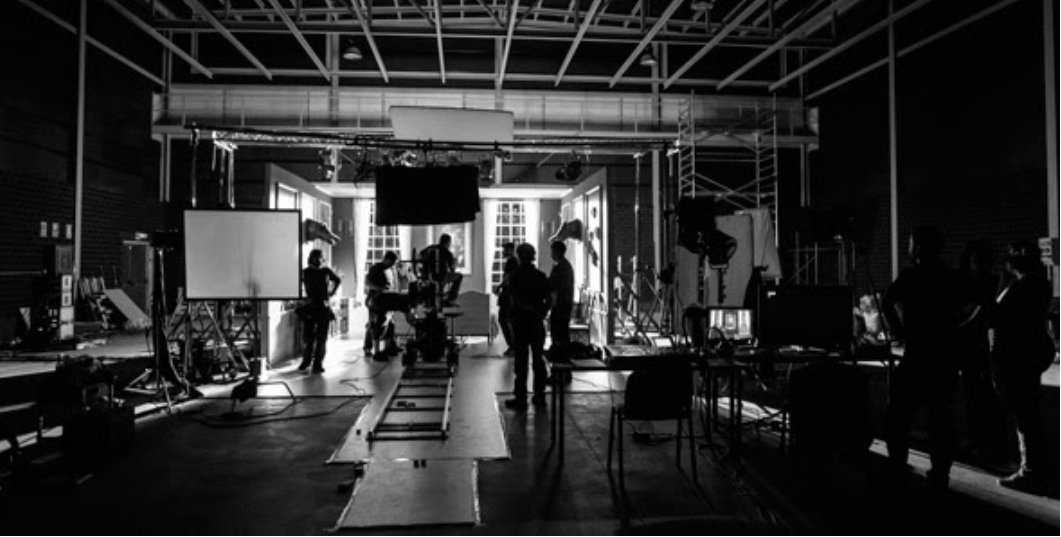 Audiovisual production companies, from Hollywood, Spain or different parts of the world and companies providing audiovisual services (equipment rental, security, etc.) have been seriously affected by the Coronavirus disease. A large number of premieres, shoots and live festivals have been cancelled or postponed due to security measures put in place by governments. However, companies have adapted and employed creative and ingenious solutions in order to continue creating content and satisfying the consumer of audiovisual products. 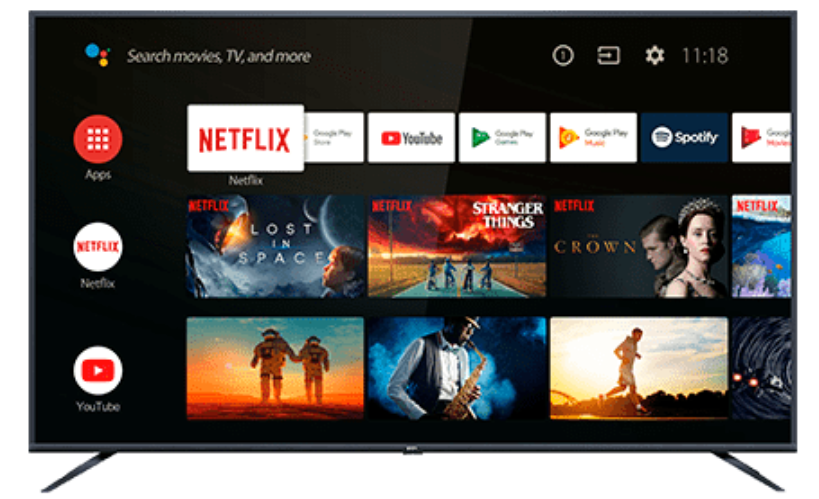 First of all, it is worth mentioning that big film studios like Universal Pictures have explored alternative ways to release films in cinemas, such as releasing them on different streaming platforms so that they could be seen either way, whenever and wherever we wanted. Considering that, as Borja de Benito, Director of Communications of the Federación de Cines de España, commented: “people will resume their normal life after the state of emergency, but the public’s return to the cinemas will not be immediate, there will be a period of reactivation”, this is an ingenious decision.

The consumption of different audiovisual products through the use of these alternative platforms will help maintain consumers’ loyalty and proximity until they can and want to return to theatres. And not only that, but the consumption of these platforms (Netflix, HBO, Amazon Prime Video, Disney+, among others) has increased by 210% on average since the beginning of this health alarm due to the movement restrictions imposed at the time.

Regarding this, it is important to take into account that in the audiovisual sector, it is the production of audiovisual products that, in theory, is going through a more complicated time, rather than their consumption. After all, consumption is also an important part of this sector, which seems to be going against the grain in the current situation and is in fact, on the up.

As a result of this adaptation, multi-screen consumption has also increased.

On the other hand, we must be aware that traditional audiovisual media has been transformed to satisfy a new class of highly informed and active consumers: the “prosumer”, who no longer simply consumes content (consumer), but also creates it (producer) and which is also experienced (professional). In addition, it has given rise to a new concept, ‘binge-watching’, which consists of watching say several episodes of a series consecutively, for example. This approach breaks with the traditional disruptive consumption of media.

Having explained how these times have impacted the audiovisual sector, especially in the production of its contents and the different alternatives and changes that have arisen as a result.

As stated above, many premieres, shoots and festivals have had to be postponed or cancelled. As a result, losses in the millions have been estimated, including the loss of employment for many workers in the sector.

According to the Spain Film Commission, a non-profit association that positions the country as a destination for audiovisual shoots, more than 300 shoots that were taking place in Spain have been cancelled, 48%  were international shoots. What’s more, as the Association of Spanish Companies in International Audiovisual Production (PROFILM) states in clear numbers, more than €83 million have been lost through the cancellation of different shootings in the United Kingdom, the United States, Denmark, Italy and Germany, among others. However, it is worth noting that not all of them have been cancelled. Some of them have been postponed and without a clear release date. Examples of this are David Trueba’s latest film ‘On this side of the world’, ‘The Offering’ by Ventura Durall, ‘One for All’ by David Ilundain and ‘Black Beach’ directed by Esteban Crespo, among many others.

On the other hand, there are some premieres that already have a new release date, such as ‘Ofrenda a la tormenta’ by Fernando González Molina, which will be released on July 24th and ‘Lúa vermella’ by Lois Patiño, which was to be released on April 24th and will now be released on October 30th.

On top of this, many important festivals for international cinema such as the South by South West or the TCM Classic Film Festival have also been postponed. And the same has happened with the most representative of Spanish cinema, such as the Festival de Cine por Mujeres (postponed to November 4th) and the Festival Internacional de Cine de Barcelona – Sant Jordi (which was to be held from June 25th to July 2nd).

However, some will be carried out virtually, and it is considered that this should indeed be done ‘by the most suitable means according to the circumstances’, as was the case with the  Málaga festival – Málaga Work in Progress.

Additionally, awards galas such as the Fotogramas de Plata, attended by great filmmakers, have also been postponed.

Back to filming: measures and recommendations by the Spain Film Commission

After the impact of the Covid-19 pandemic, the audiovisual sector in Spain, like all  others, has to adapt in order to reactivate its activity. Therefore, as reported by the Spain Film Commission, a document has been sent to the Institute of Cinematography and Audiovisual Arts that includes the measures and recommendations established according to the current health and safety regulations, respecting the provisions derived from the state of emergency.

This manual is a practical and useful orientation guide for the audiovisual sector to help avoid new infections, return to public and private locations, studios, sets, and start new projects that respond to the demand for content by television channels, production companies, studios and platforms.

It should be noted that this is a draft that includes recommendations from the Spain Film Commission.

The guide on the measures and recommendations for the success of safe filming during Covid-19 starts out with some basic rules that explain the obligation to comply with safety and work regulations, rules of action when faced with the first signs and symptoms of the Coronavirus and the obligation of not going to the workplace if you are in a vulnerable group. It keeps going  on to discuss the existence of a contingency plan that should be applied to all the activities carried out, indications about the mutual insurance company that will offer the production company to all the staff and about the   Health authorities recommendation to the staff present at the shoot to take a serology or medical test to rule out having Covid-19.

The guide then explains that staff prefers to work remotely to minimise risks as much as possible and explain that they will opt for holding casting, scoutingand the meetings online.

However, it also provides information on the precautions to be taken when one needs to move safely in the event of having to work in person, as well as recommendations for prevention and protection in the workplace and on the sets, among many other things.

You can read more about it here: https://ibizafilmoffice.com/comunicado-ibiza-film-office/. In this article we bring you everything you need to know as a professional in the audiovisual sector in order to be able to film in the safest way in Ibiza, as well as   guide you in case you have any additional queries. 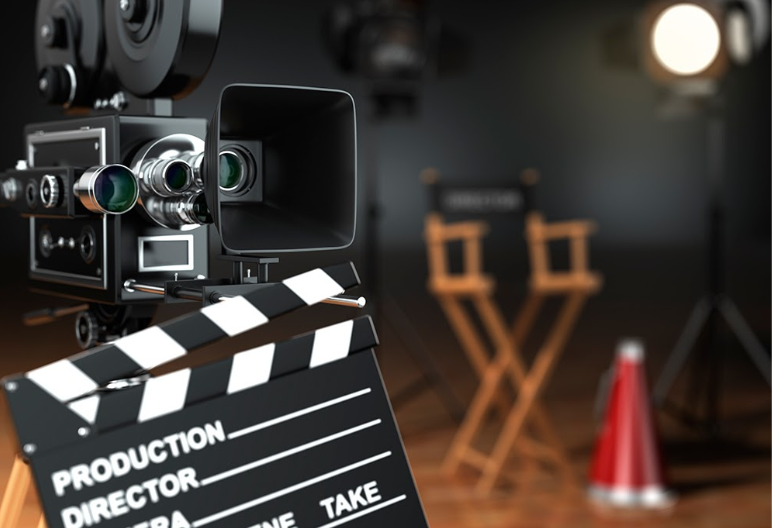 The Spain Film Commission proposes certain measures to the Government

Finally, the Spain Film Commission, being aware of all that the audiovisual sector contributes to the country’s economy, in terms of employment and culture, has considered it appropriate to propose certain measures to the government, some economic and others social, so that Spain can continue to be one of the most important filmmaking destinations at an international scale. These measures include: