Do you want to try original version films?

Throughout the history of cinema there have been many movements in favour of visualising audio-visual content in its original format for many reasons, but there are also those who believe that in order to reach a wider audience and make the message easier to understand, it should be dubbed into the official languages existing in each country. In this post we will discuss the advantages of original version with subtitles CINEMA (V.O.S.) and the decadence it is currently suffering, since there are not many cinemas that offer this possibility in Spain.

On the other hand, we must point out that Ibiza offers numerous cycles with original version films in different cinemas throughout the year, so that those spectators who wish to enjoy audio-visual content without dubbing can do so, highlighting works in English and French, but always with the option of Spanish and Catalan subtitling.

Dubbing is defined as the process of recording and substituting voices from a cinematographic, television or radio channel for its internationalization. It consists of substituting the dialogues spoken by the actors in an original language with identical or similar dialogues in another language.

Spain is a country where films are dubbed traditionally, since not everyone is fluent in English and reading subtitles can be uncomfortable for some viewers, even though many artistic details of the scene would be lost. This idea is strongly defended by the Madrid Association of Dubbing Artists (ADOMA), which describes the debate on dubbing as “absurd”. However, in other European countries such as Norway, Sweden or Greece, dubbing is used exclusively for children, the rest of the productions are launched only with subtitles. This does not happen in countries such as France, Germany, Italy and, as we mentioned before, in Spain, where dubbing is general, and only a complete cast of dubbing actors is used for films and television series.

In the recent years the figure of the startalent has appeared, a neologism to refer to a person in the artistic community who is not a specialist in the dubbing industry, but is hired to lend his voice to an important character in a film production as a marketing strategy. In our country we have many examples of this phenomenon such as Michelle Jenner with her interpretation of Hermione in the saga of “Harry Potter”, Anabel Alonso as Dory in “Finding Nemo” and later in “Finding Dory” or José Mota giving life to “Donkey” in the films of “Shrek” among other productions. 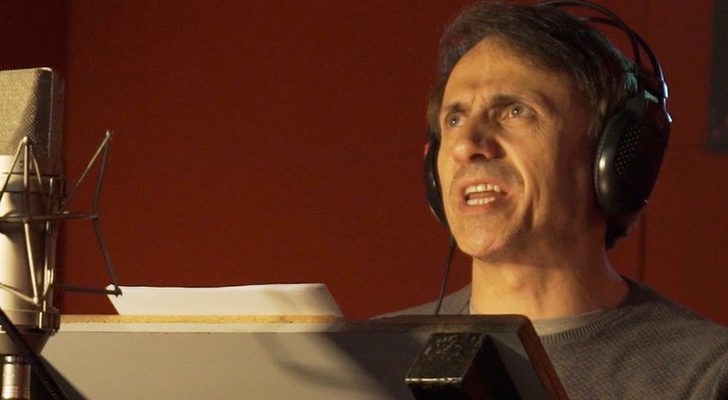 On the other side of the discussion, there are those who strongly believe that the film premieres should be in their original version, since otherwise much of the interpretive intensity is lost and the work may not be understood as the director intended. Within the small percentage of non-dubbed releases, more than 90% of the films released in original version with subtitles in Spain are shot in English. It is followed by French, German, Italian and then Asian languages such as Chinese, Japanese and Korean. According to the defenders of the original version films,  the problem is not the language, but the respect for the actors’ work. Fellini’s films must be seen in Italian; Tarkovski’s in Russian; Truffaut’s in French; Kirosawa’s in Japanese… Because even if we don’t understand a word of those languages, the works deserve to be seen and heard as they were conceived, preserving the original artistic work of each scene.

Another great asset for watching series or films with subtitles or simply in their original language is to improve our level of foreign languages. They can help you get used to the different accents, intonations and grammatical structures that can be very useful when you travel. On the other hand, voices and intonations of actors and actresses give personality to their characters, something that is lost in Spanish dubbing. This also happens with word games or double meanings, in which translation can sometimes play tricks on us.

In the case of the series, each season has several chapters, that will help you recognize the voices and intonations of all the characters that participate in it. Like this you will be able to discover specific aspects of the personality of each performer, that are lost when they are dubbed.

As we already said, our island gives us the opportunity to watch movies in original version with subtitles on many occasions, since some associations and collectives want to promote this way of enjoying cinema.

The perfect example of this is “Cineibízate”, a cultural proposal promoted by the Club Diario de Ibiza with the collaboration of Cine Club Ibiza and Cinema Paradiso, as well as with the support of the Consell de Eivissa. This initiative consists of the projection of classic and contemporary films in their original version with Spanish subtitles every Tuesday since last October. The first film to be screened at the Club Diario was ‘Milou en Mai (Milou in May)’, one of the latest comedies by French filmmaker Louis Malle, which we already told you about in the past September article, and the last one was on 11 December with the screening of ‘La marquise d’O (La marquesa de O)’.

We also encourage you to visit the Aficine page, where you will find all the updated options of films in original version with subtitles in the islands, and especially in Ibiza.

You can consult the current programme of Cine Teatro España by checking the following link.

We can thank ourselves for having a wide range of films in original version since this practice is increasingly extinct throughout the country or is relegated to small spaces without good technical and visual means.

For all this, we recommend you enjoy cinema and other audio-visual content in its original version. It is a totally different way of savouring the stories that are offered to us.

Finally, we recommend you watch series or films related to your work sector, as it will help you to learn technical vocabulary. You can also start by first watching a film in Spanish and then in English in order to make a comparison and check the differences in accent and voices. We also encourage you to start with the subtitled versions and when you get better at it, move to original versions without subtitles.

Some people say that once you try original version, you never go back to dubbed versions. Don’t you want to try?