Inspiration for musicians, artists and filmmakers

Inspiration for musicians, artists and filmmakers

Undoubtedly Es Vedra is one of the most magical and striking corners of Ibiza,and this has served as inspiration to many artists. A countless paintings that have been done on this, we must add its appearance in films such as  ‘Chaotic Ana’ Julio Medem and ‘More’ Barbet Schroeder, as well as on the cover of the album ‘The Voyager’,the famous musician Mike Oldfield, who Es Vedra served as inspiration for the composition of this album. 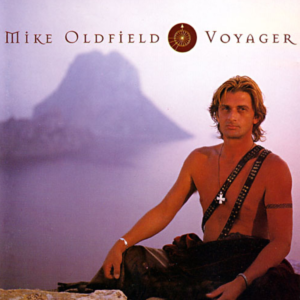 Mike Oldfield. THE VOYAGER (1996). Warner Music
The film “More” by director Barbet Schroeder, was one of the culprits that Ibiza was even more known for its hippie character. The film was shot in 1969 in one of the peak years of effervescence of the hippie phenomenon.
The film tells the story of a couple who move from Paris to Ibiza. On the island discover the streets of the capital, the walls of Ibiza and meditate watching the sunset. Also discover some beaches in Ibiza, including stands, Punta Galera and is shown as in those years was beginning to practice nudism.
But the film is not a promotional video of the island. The film does not show the friendly hippie side, also shows the relationship of the protagonist with the world of drugs and how gradually destroying the relationship between the main characters and how they are destroying themselves.
The film takes place over several months and shows the happy days in contact with nature and the dark days of winter, which coincides with the time when the drug takes toll on the players. In winter, the protagonists of the film move by the districts of Sa Penya and Dalt Vila.


The soundtrack of Pink Floyd

Floyd’s music has great importance throughout the film, addition to a night of drums in a farm house (probably from Sant Josep), throughout the film hear a soundtrack of a known group Pink Floyd.
The music of the film was compiled on the album ‘Music from the Film More’, the third studio album by Pink Floyd, the first without its founder Syd Barrett. Whole soundtrack presents psychedelic influences, which had already made the group famous, but also hear songs of progressive rock and soft melodies.
Anecdotally, one of the songs is the title of the island where the film was recorded: ‘Ibiza bar’. Anyway, if we have to meet with a song of the album, we chose ‘Green is the color’. In a live version in 1970, Roger Waters said the song was “about being in Ibiza”, where More was filmed. Precisely ‘Green is the color’ is the song playing in the video below, where various recognizable scenes of the island of Ibiza appear:
https://www.youtube.com/watch?time_continue=13&v=ra6tccZeEdI
There are many legends and myths that speak of Ibiza as a special island. They say he has energy, your special magnetism influences people positively. But behind all these myths, it seems, there a true story.
This island of more than 300 meters high, was once part of the island, but was spreading slowly until today. He is credited a special magnetism, it is said to have the pyramids of Egypt, the stones of Stonehenge in the UK or the statues of Easter Island.
Although is said that is full of positive energy, something strange about this island. It is said to form a  “Bermuda triangle” along with the Rock of Ifach and the southwest coast of Mallorca; the pigeons are lost in this area, and there are people who claim that is a place frequented by aliens.
To reach the islet, can only be done by sea, and you can not do either, you need a permit. It is certainly a source of inspiration for artists and mystics of all kinds. The greatest example was the missionary and founder of the Order of the Carmelites, Francisco Palau, who used one of the caves of Es Vedra and spiritual retreat. In his works, already more than a century, there are many references to sightings of beings of light, which today may well be related to the UFO phenomenon.
There are also many testimonies of fishermen and sailors who claim have seen strange lights in and out of the water, and passing under their boats around the island. There are even people who defend the theory that being an island magnetically charged, UFOs are coming to recharge their batteries.
Located southwest of the island of Ibiza, the small island of Es Vedrá hides a host of curiosities and legends. Declared nature reserve in 2002, with the islets of Es Vedranell and Ponent, it is a favorite both residents and tourists.
We collect some of the curiosities and legends that make Es Vedra one of the most enigmatic corners of the Pitiusas.
Triangle Silence: Several researchers argue that Es Vedra part, next to Rock of Ifach (Calpe) and the southwest coast of Mallorca, the so called ‘Triangle of Silence’ area similar to the famous Bermuda Triangle. This may explain some of the paranormal events that detailed below.


Lights and strange objects in their waters
Many local fishermen who claim have sighted “foreign objects and light sand out of the waters of Es Vedra.
Underwater noise
Several swimmers(including professionals like Jose Amengual, Spain champion in spearfishing) say have heard loud noises underwater in the area, watching huge shoals of fish change course in response.
Energy Center
According to experts, the rock of Es Vedra is one of the largest magnetic centers of the Earth, along with the pyramids of Egypt or the famous moai statues Easter Island (Chile). As these places, Es Vedra has extraordinary powers as an energy store. What seems certain is that the magnetic field of Es Vedra disorients birds and generates interference radar aircraft and ships, reason why they often avoid approaching the island.
Flying objects not identified
It will be by myths and legends! Es Vedra has been said that lurks beneath its waters a whole UFO base.
And there are many people who claim have sighted unidentified flying objects circling the great mass of stone. Ibizan not forget the famous case ‘Manises’ when, in 1979 a plane was forced to divert its course after “being harassed by a series of red lights coming toward him” against the island of Es Vedra.