Ibiza hosts the farewell of the fifth season of “La Resistencia” 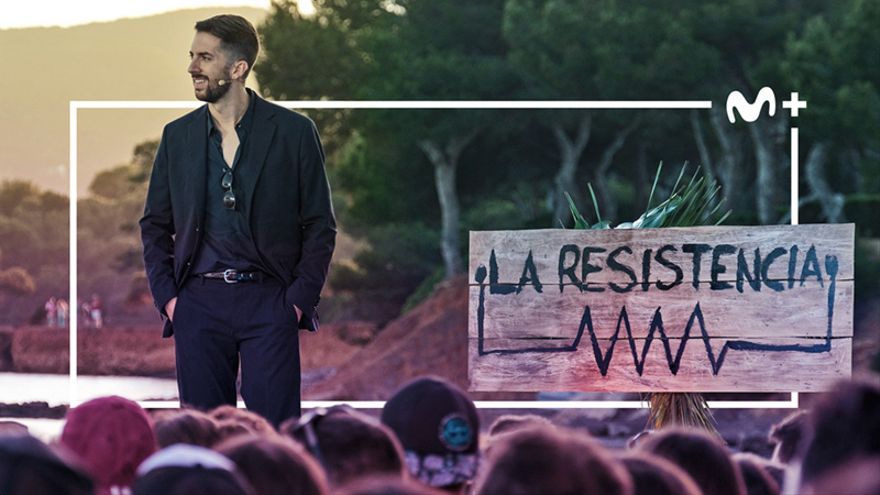 The entire team of the successful Movistar Plus+ program has moved to Santa Eulària (Ibiza) to record the final program of its fifth season. Ibiza hosts the recording of the last program of the season of “La Resistencia”, the successful program of Movistar Plus +.

The whole team, David Broncano, Ricardo Castella, Jorge Ponce, Grison and even regular collaborators of the program such as Candela Peña, Sergio Bezos and Pablo Ibarburu, have traveled from their usual Teatro Príncipe de Gran Vía (Madrid) to the island of Ibiza to say goodbye to the fifth season with two very special programs.

The Ibizan sunset on a pier in Santa Eulària has been the background for “La Resistencia” programs that can be seen next Wednesday, July 6 and 7 on Movistar Plus+.

An audience of almost 300 people has enjoyed, in addition to the sea and the sun, the humor and the musical performances that have starred in this special closing of the season until its return in September.

Toni Tur, a professional resident on the island, has been part of the technical team of the recordings among other professionals and suppliers from Ibiza.

Andreu Fullana, director of the Ibiza Film Commission, confesses that “The importance of programs like La Resistencia coming to Ibiza is not only seen in a direct impact due to the economic investment they make in local suppliers and professionals, but also in the promotion of the island as a tourist destination. From the Ibiza Film Commission options were raised to the producer of different natural sets. In the end, the direction of the program opted for the s’Argamassa pier in Santa Eulalia, a location that turned out to be ideal for the idea of the television show they wanted to make. We hope that actions like this will attract more filming and ultimately help diversify the island’s economic activity, as well as promote new tourist flows.”

This final touch has had the singer Rigoberta Bandini and the motorcycling driver Aleix Espargaró as guests to the particular interviews of David Broncano that have become one of the standards of pay television in Spain.

The programs will be available to all viewers, whether or not they are from Movistar, through the Movistar+ App.

Previous Post
5 movie places that you should not miss if you come to Ibiza this summer
Next Post
‘Machos Alfa’, the new TV production by Netflix and the creators of “La que se avecina”, will have plots located in Ibiza