Barbet Schroeder, the filmmaker in love with Ibiza 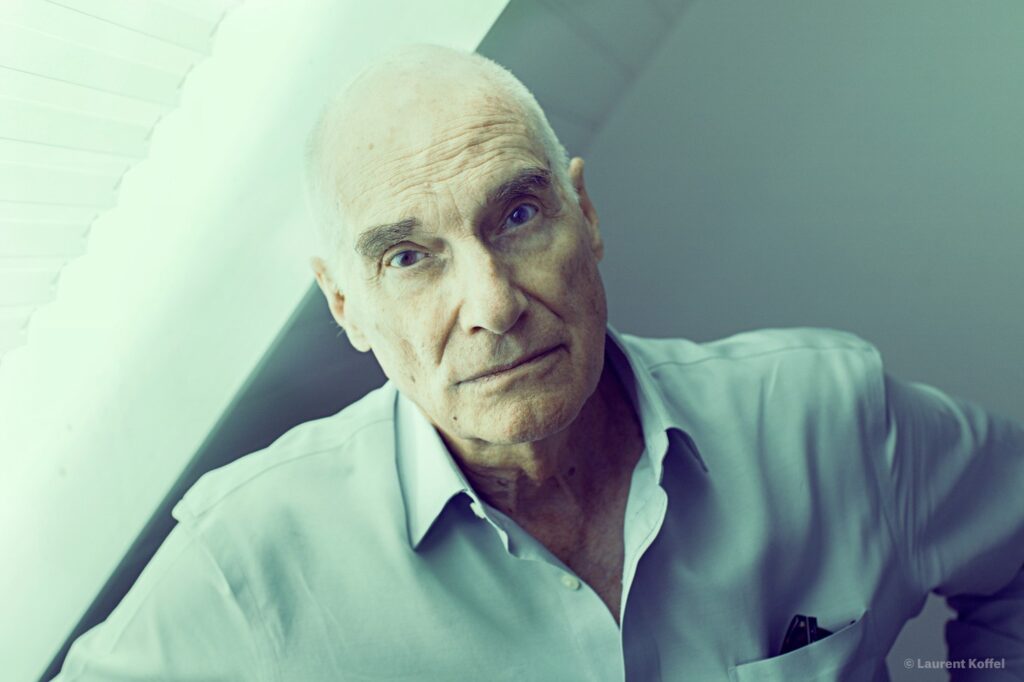 The director, actor and producer Barbet Schroeder born in Tehran finished recording “Amnesia”, his second Ibizan film. Do you want to find out what Ibiza locations the director choose for his intense films?
“More” was his first film shot in Ibiza in 1969. The film is about a young German man who, after completing his math career, embarks on a journey that takes him to Paris. There he meets Estelle and accepts her invitation to follow her to Ibiza where a story of free love and drugs unfolds.
This film portrays the European hippie scene at its peak, paying special attention to life in the Ibizan communities. Since it addressed issues of drugs and eroticism, it was censored in different countries for the open narrative towards drugs consumption and free sex. Despite the narrative, the film does not treat the hippie movement from a friendly side, but from a realistic perspective. The protagonists live the life they want until drugs bring out the worst of them.
The locations show the beach of Punta Galera, exhibiting the practice of nudism back then. In the far distance of the shot, one can see cape Es Nonó. 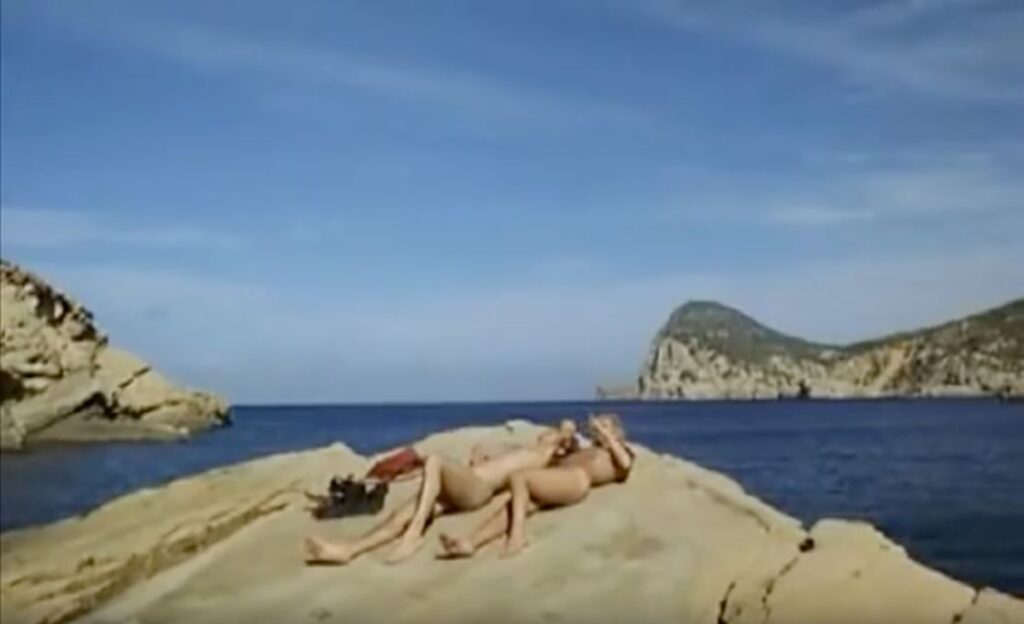 The film shows the contrast between summer and winter. In winter the protagonists move through the districts of Sa Penya and Dalt Vila, and in summer we can see them more in idyllic Ibiza caves or the neighborhood of the Marina.
[vc_separator type=”invisible” size=”small” icon=””] 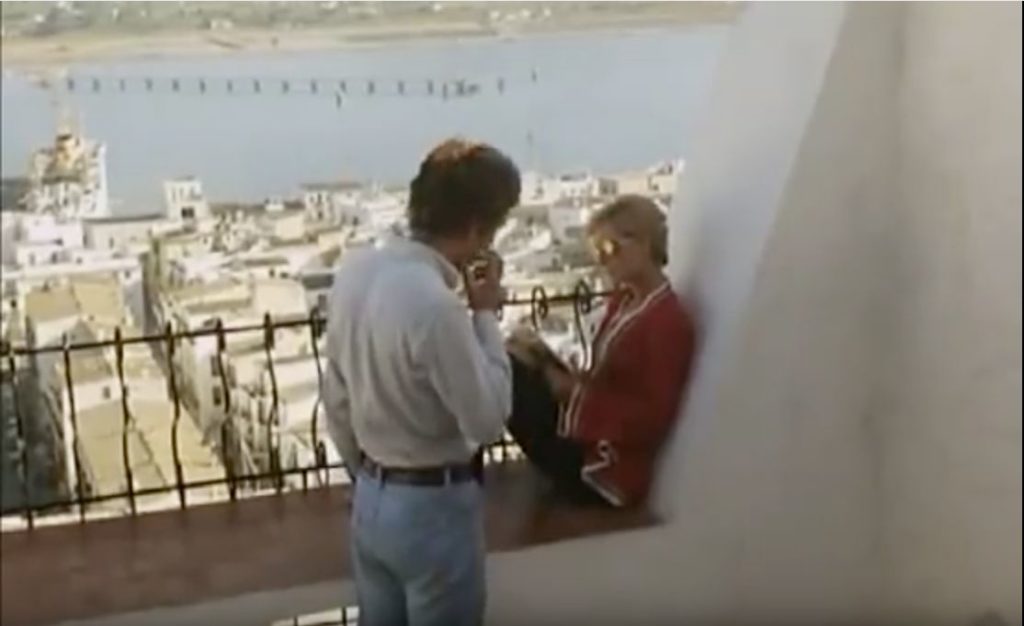 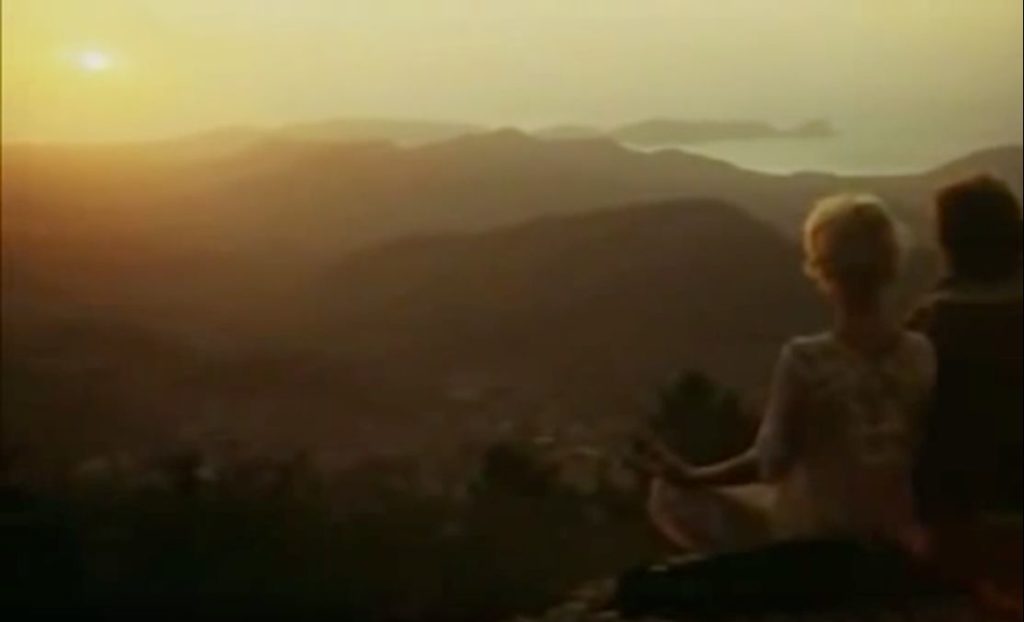 In this film, Schroeder shows us a paradisiac and wild Ibiza, unknown to the outside world and with a pace of life of its own, the rural Ibiza of the 60’s.

Forty-five years after Schroeder shot his cult movie “More”, he returned to Ibiza to direct Amnesia, a film that premiered in France in August 2015.
In Amnesia we revisit Ibiza of the 90s. A German woman who, after escaping from Nazism and living in Ibiza for sixty years, meets a man who will make her think about her rejection of her country of origin.


This film shows the most natural image of a wild and quiet Ibiza. The best part of the film is the undeniable sincerity of the vision of Schroeder, who also manages to show a radiant Ibiza. The film highlights the Mediterranean air that gives off every scene whether indoors or outdoors. Another fact is that the film was shot in English but you also hear Balearic, Spanish, and German.
The recording of Amnesia stirred great interest and the director himself had to request the press to respect the recording schedule. “It may be a low-budget film, but Schroeder likes to control even the smallest details,” said one crew member.

This scene in which the protagonist engages a conversation was shot at about eight o’clock in the Mercat Pagés de Sant Antoni, in front of the terrace of the Benítez bar-restaurant, where part of the scene takes place.
One of the things we like to point out about the script is the contrast of the two Ibizas. This contrast is seen in many aspects of the film, and it is evidenced with the two main characters. Martha, in the grip of melancholy, plays a slow and emotional piece with her cello and Jo, the young DJ is at home preparing his new mixes.
Thus, you see a more classic, more calm Ibiza, a melancholy Ibiza compared to an Ibiza that exalts, vibrates and lives in the clubs.
Finally and as a unique fact, we want to reveal that Director Barbet Schroeder used the same main location in Amnesia (2015) as in the movie More (1969). This large Mediterranean white house is located near Sant Antoni de Portmany, was built in 1935 and acquired by the director’s mother in 1951.